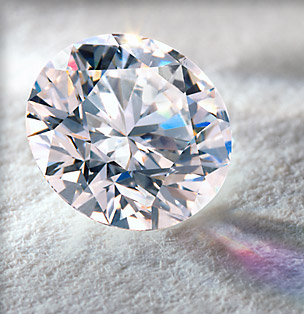 Rockwell Diamonds, Inc. issued 110 million shares in December of last year in an attempt to pay down short-term debt and improve the firm’s bottom line. The shares were sold via private placement and Rockwell raised over $6.81 million as a result. The Canada-based company, which produces and acquires diamonds, sold its shares at $0.061 each.
The diamond miner, owner of mines in the Northern Cape province of South Africa, capitalized on investor interest to improve the company’s standing. Although no specific information was given in to the fiscal reasons behind the sale, Rockwell insists that diamond prices and the gem market contain positive indicators.
“We are most encouraged that investor interest and support for Rockwell has proved far greater than we originally projected which we attribute to strengthening of rough diamond prices, improving financial market conditions, and strong support and enthusiasm for our prospects and plans,” President and CEO John Bristow said. “We have achieved a good mix of support from existing and new strategic investors who will contribute to the success of our going-forward growth and expansion strategy.”
According to the company’s website, diamond sales prices have increased and large stone production is booming. Among the large, high-value stones that have been acquired, including three stones over 100 carats, 63 have been sold. Rockwell continues to capitalize on the strong market for gems in the three- to five-carat market. With the rebalancing of the company’s ledger and the promise of continued market share, Rockwell appears poised for continued growth.