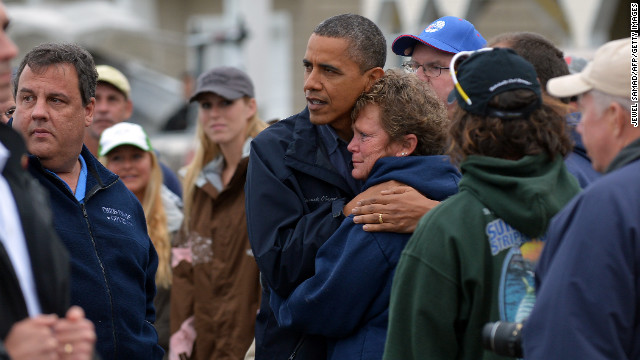 The first presidential debate sparked a lot of controversy, the least of which did not fall on America’s sweetheart, Big Bird. Romney’s comments about cutting funding for the Public Broadcasting Service, though conceding, “I like PBS, I love Big Bird,” inspired the protest held November 3, aptly named “Million Muppet March.”

The “Million Muppet March” brought together more puppets than probably had ever been in once place, standing for one purpose before. If Romney likes PBS and Big Bird, then why would he attempt to cut funding for the household name and channel? Romney had this to say, “I’m going to stop the subsidy to PBS… I’m not going to keep spending money on things to borrow money from China to pay for.”

Romney has been under fire about the comment ever since. Trending on social networking cites, memes, thousands of tweets, and an extensive media debate over whether cuts to PBS would begin to make a dent in federal deficit later, organizers created the “Million Muppet March.” Supporters of public broadcasting were outraged to hear Romney’s comments, and critic Bill Maher from “Real Time With Bill Maher” pointed out the PBS subsidy’s small proportion of the federal budget: a mere $445 million of $3.8 trillion.

The spirited march on Washington was started by animation executive, Michael Bellavia, and Chris Mecham, a university student, in response to Romney’s comments. Bellavia said, “I figured, why just make it a virtual show of support? Why not take this opportunity because it seemed like there was already a growing interest in it and actually make it an active, participatory event.”

Sesame Street, which has been airing for 43 years, is a very popular educational program, so there was no problem for organizers of the march to find people willing to come out and show their support for this longtime American institution. Organizers of the march say that at least 600 people signed up to participate in the actual march at the capital, with thousands more showing their support virtually through Facebook, Twitter, and even their own marches across the nation.

As the election draws nearer, supporters hope that their efforts raised enough awareness about the importance of federal subsidies to the Public Broadcasting System, for public television and public radio. 2012 Iowa Caucuses Result in a Draw

Written by Agathe Panaretos. For what many saw as a chance for the Republican Party to narrow its field of possible presidential candidates, Tuesday’s caucuses in Iowa resulted in a near-tie between former Massachusetts Gov. Mitt Romney and former Pennsylvania Senator Rick Santorum.

The final results of the caucuses held last Tuesday have the former governor winning by the slimmest of margins, with a total of 30,015 votes over Santorum’s total of 30,007.

Texas Congressman Ron Paul, who many anticipated would be a dark horse in the upcoming primaries, finished in third with 26,219 votes.
Former House Speaker Newt Gingrich and Texas Gov. Rick Perry finished in fifth and sixth place, respectively. Native Iowan and Minnesota Congresswoman Michelle Bachmann finished last, pulling in 6,073 votes. Failing to win a single county in the state, Bachmann later withdrew her candidacy following the results on Wednesday morning.

Former Utah Gov. Jon Huntsman skipped the caucus in order to spend time campaigning in New Hampshire, whose primary is to be held on January 10.

Santorum, who up until the last week had remained near the bottom of the polls, was the latest candidate to experience a surge of support in an ongoing rollercoaster of viable contenders. While promising, his close finish in Iowa further demonstrates Republican voters’ dissatisfaction with the current crop of contenders.

A common theme among exit polls conducted throughout the state reveal voters have little faith in Santorum’s chances of beating President Obama in the November election. Thirty-one percent of voters named the ability to defeat the current President as the most important quality in choosing which candidate to support; of that percentage, only thirteen percent picked Santorum.

The Iowa Caucus is the first real litmus test in measuring a candidate’s potential of becoming the Republican nominee for President. While a poor showing in the state can quickly lead a campaign to its knees, a positive performance does not always translate to a successful bid on the national level. Of the past five Republican Caucuses held with multiple candidates, only two (Bob Dole in 1996 and George W. Bush in 2000) have gone on to win the Republican nomination.

With only a few days left before the New Hampshire primary, the remaining candidates will likely focus their campaigns on one target: Mitt Romney. The former governor has maintained a steady following throughout the campaign and overwhelming financial support, spending over $17 million since January 2011. With a win in New Hampshire, Republican voters may finally accept Mitt Romney as the clear winner.

March 6, 2012 will be the date of the Virginia Republican primaries, also known as Super Tuesday. However, the only familiar faces for the ballot will be limited to former Massachusetts Governor Mitt Romney and Texas Representative Ron Paul. Former House Speaker Newt Gingrich and Texas Governor Rick Perry were unable to obtain the 10,000 required signatures to be eligible for the Virginia ballot in the upcoming primary. It is also a requirement of the 10,000 signatures to come from registered voters with at least 400 from each of the 11 congressional districts of Virginia.

The Gingrich campaign attempted to collect enough signatures in time but was unsuccessful, leaving them to search for alternative methods to somehow be eligible. Already there are arguments attacking both the rules of the Virginia primary and Gingrich’s campaign. Some people claim that a technicality should not stop the voters of Virginia to fully express their democratic rights and voices by not having a full list of candidates. Others claim that all of the blame lies with the candidate’s campaign and that a lack of organization is the real cause of Gingrich not being on the ballot. It is just a reflection of how Gingrich runs anything he is in charge of.

Wherever the blame is deserved can be debated, but it a sure thing that this will be a huge detriment to Gingrich’s run for the Republican candidate. Gingrich is currently behind Paul and Romney in the Iowa polls for the January 3 Caucasus. According to a Quinnipiac University poll of Virginia republicans, Gingrich is currently ahead of both Paul and Romney which means little for Gingrich as he will not be a choice on the ballot.

It is also uncertain whether Michelle Bachman, Rick Santorum or Jon Huntsman will also be on the ballot. The Gingrich supporters may then be left with no choice but to select between Paul and Romney, either scenario being a bad one for Gingrich. If Romney were to win in Virginia, it would only reinforce his electability. If Paul is the victor, it may begin to dissolve the semblance of Paul being unelectable and become a real contender with the mass voters and mainstream media.

For Gingrich, this is a likely loss of 49 delegates if the Quinnipiac University poll and his popularity there as a resident correctly indicate is would have been assured victory. In any event, this will remind all candidates not to lose sight of the rules of the various state in their chases for votes among the people.